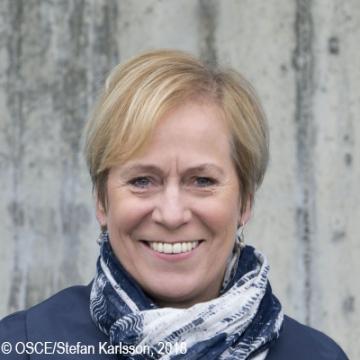 Director of the OSCE Office for Democratic Institutions and Human Rights

Director of the OSCE Office for Democratic Institutions and Human Rights

Ingibjörg Sólrún Gísladóttir (Iceland), became Director of the OSCE Office for Democratic Institutions and Human Rights on 19 July 2017. She has 35 years of leadership experience working on human rights, democratic governance and the rule of law at the international, national and local levels.

Before this, from 2014 she was Regional Director for Europe and Central Asia at UN Women, and Country Representative to Turkey. From 2011 to 2014 she was Country Representative of UN Women to Afghanistan. From 2007 to 2009, she was Minister for Foreign Affairs of Iceland. She was was also the mayor of Reykjavik (1994 – 2003). Throughout her career, she has been involved in policy and development work in conflict and non-conflict countries, aimed at strengthening democratic institutions and human rights. She was one of the founders of the Women’s Party, laying the ground for Iceland’s remarkable progress in gender equality.