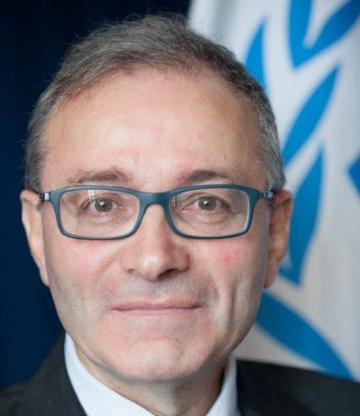 Vincent Cochetel is Director of the Bureau for Europe of UN Refugee Agency, UNHCR. He is also currently the UNHCR’s Regional Refugee Coordinator for the refugee crisis in Europe. Before this, he was UNHCR’s Regional Representative for the United States and the Caribbean. He has been with the UNHCR since 1986, initially working as a legal/protection officer in a number of duty stations, mainly in Europe. He then managed UNHCR field offices in Central Europe, Eastern Europe and the Middle East. He has also participated in several emergency missions in Asia, West Africa, and Europe (North Caucasus), been Director of the Investigation Unit of the Inspector General’s Office at UNHCR Headquarters in Geneva, and Deputy Director of UNHCR’s Division of International Protection and Director of the Resettlement Service. Before joining UNHCR, he worked with the European Commission and the European Court of Human Rights. He has written articles on numerous refugee issues and contributed to the drafting of several UNHCR training manuals related to staff safety, emergency management, protection, and durable solutions.