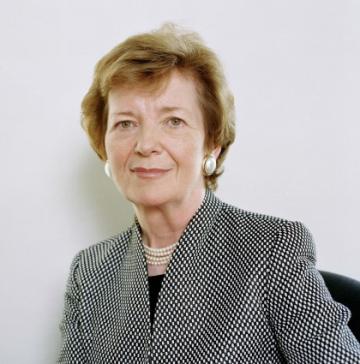 Mary Robinson is President of the Mary Robinson Foundation – Climate Justice. She has been the President of Ireland, the UN High Commissioner for Human Rights, the UN Secretary General’s Special Envoy for the Great Lakes region of Africa and Special Envoy on Climate Change. She has received numerous honours and awards including the US Presidential Medal of Freedom. A former President of the International Commission of Jurists and former chair of the Council of Women World Leaders, she was President and founder of Realizing Rights: The Ethical Globalization Initiative and has served as Honorary President of Oxfam International. She is Patron of the Board of the Institute of Human Rights and Business, in addition to being a board member of several organisations including the Mo Ibrahim Foundation and the European Climate Foundation. She is also Chancellor of Trinity College Dublin.