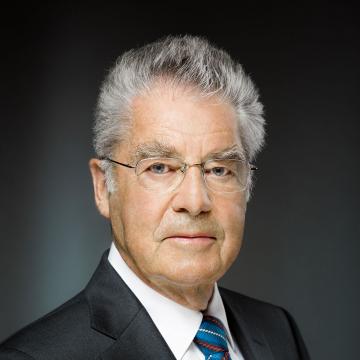 Dr Heinz Fischer has been the Federal President of Austria since April 2004. Prior to that, he was the Speaker of the Austrian National Assembly and was the Federal Minister for Science and Research. He is an author of numerous books and co-editor of academic journals. His honorary awards include the Grand Star of Honour of the Decoration for Services to the Republic of Austria, and honorary doctorates from Israel and Ukraine.