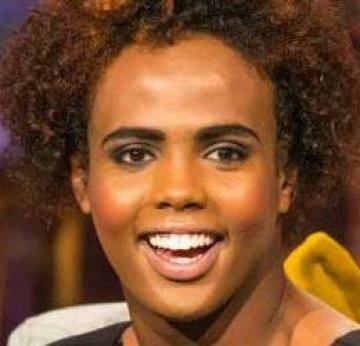 Farah Abdi is a Somali refugee and award-winning blogger. Farah arrived in Malta from Libya by boat in 2012, fleeing fear of persecution. Farah is author of the autobiography ‘Never Arrive’ and a human rights activist. Farah is also the recipient of the International Bremen Peace Award by the German NGO, Stiftung die schwelle, and the Queen of England award for young leaders. Farah says: "I have been told many times by family, friends, colleagues and strangers; that I am a black, African, refugee, Muslim, trans woman; that I am outside the norms accepted by society. That my dreams are a reflection of my upbringing in a decadent amoral society that has corrupted who I really am. As a young trans African, I have been conditioned from an early age to consider my gender identity a dangerous deviation from my true heritage as a Somali by close kin and friends. As a young trans African coming of age in Malta, there was another whiplash of cultural confusion that I had to recover from again and again: that accepting my gender identity doesn’t necessarily mean that the wider Maltese community, with its own preconceived notions of what constitutes a ‘valid’ identity, will embrace me any more welcomingly than my own prejudiced kinsfolk do.”