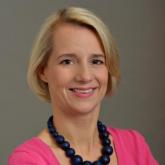 Towards meaningful inclusion: How we all can solve the European disability crisis

It’s people like Nyle DiMarco, a deaf actor and model, who recently won the American reality TV competitions “Dancing with the Stars” and “America’s Next Top Model”, who are becoming ‘sexy’ enough to be on mainstream media. For those who don’t know him, he comes from a deaf family, uses sign language and is currently using his fame to advance the rights of deaf children and adults. Of course he is not the one who proposes, alters, and implements laws but people like him are instrumental in changing the perception of mainstream society on what a deaf or a person with a disability can and cannot do!

We all know Stephen Hawking. Have you ever actually thought about all the obstacles he faces on a daily basis? Probably not until you watched the film about his life!

I myself am a deaf sign language user. Without sign language interpreters I would be unable to fully perform in my job or be able to attend meetings. You might think that indeed, I am the one who needs the interpreter to communicate and make myself heard. But has the thought ever crossed your mind that it is in fact you who needs the interpreter and who is unable to speak my language? I am fluent in several sign languages and written languages. I can use Flemish, American and British Sign Language, and I can read and write English, Dutch, French, and even a bit of German and Spanish! Can you?

But it’s not only about language. People with disabilities are as diverse a group as any. A wheelchair user or someone with a mental health issue is not the same as a hard-of-hearing person or someone who is blind. But there is one thing we do have in common: it is not the person that is ‘disabled’ as such; it is the environment that is disabling. For example, someone who speaks my sign language can communicate with me without problems. A step-free environment or web portal where all information is accessible with subtitles and in easy-to-read or Braille can similarly enable people with disabilities to live and work independently and be fully included in society.

And let’s not even get started on the fact that people with disabilities are also mothers, grandparents, gay, transgender, Jewish, Muslim, refugees, black, or Asian just like you! Multiple and intersectional discrimination is more common than you think! I myself am a woman, deaf, and a mother. But first and foremost I am a person like you, working in the European Parliament just like any other MEP.

This is what inclusion means. I can do the same as everybody. I can achieve the same goals. And I have the same dreams and should have the same obstacles. No more but also no less! That’s what equality is about.

This is where the Convention on the Rights of Persons with Disabilities (CRPD) comes into play. It advocates people with disabilities as active rights holders and not as passive objects of pity that cannot live independently or make their own decisions.

What is so special about the CRPD? Strictly speaking, it does not give new rights to people with disabilities: It merely gives more detail on how to achieve certain rights. For example, previous human rights treaties give the right to a fair trial. The CRPD goes into detail on how to achieve access to justice: “including through the provision of procedural and age-appropriate accommodations”. In practice this could mean a sign language interpreter at court proceedings, or a facilitator who explains the procedure in a manner that is understandable to the person. We all know how difficult it is to understand legal text or languages – now imagine someone with an intellectual disability trying to understand a lawyer or a judge. It’s like you trying to find your way around Tokyo without ever having learnt a word of Japanese! Again, you’d be fine had you learnt the language and learnt to navigate the foreign culture and habits. But most people with disabilities still do not have the same level of education to navigate everyday life. This is why one of the most important factors in drafting the Convention was including people with disabilities. Only we know what is important to us and what we are missing to be fully equal. Too many decisions are still taken without consulting us.

The Convention is really the best international example of inclusion at all levels: from drafting to implementation. Now is the time for implementation. And we cannot implement anything without support from every single person here in the room and at home. We are all activists! What did you do last time when a person in a wheelchair struggled entering the bus in your hometown? Did you notify the bus driver or write your local council? Is there a blind pupil in your child’s school? Have you ever checked the website of the school and informed the school that it was inaccessible for blind people? Didn’t your grandmother say she couldn’t follow the TV programme anymore because she was going deaf? Did you think about just posting on the channel’s Facebook page publicly pointing out the lack of subtitles?

I dare you to start implementing the Convention in your community. I am doing my part at the European Parliament – are you?

Helga Stevens, Member of the European Parliament, will give a connect.reflect.act talk on 21 June: "It is my vision that the full implementation of all fundamental and human rights can only be achieved when people with disabilities cease to be discriminated and excluded."