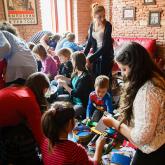 Many Roma in Cluj, Romania faced eviction. They ended up living on a rubbish dump outside the town. Now they have better housing, education and jobs.

All thanks to a bottom-up approach, active community engagement and funding from the Norway Grants.

Around 300 families lived in the heavily-polluted and isolated margins of the city, the Pata Rât landfill. Many were Roma.

They were there due to past political decisions to evict and relocate Roma families, explains Olimpiu Bela Lăcătuș, one of the process managers behind the change.

There was a need to improve quality of life and deliver much-needed public services to those most in need.

This gave birth to the Pata-Cluj project. Unlike other social inclusion projects, it set out from the outset to involve the local community from start to end.

“When we started the project it became clear to us that we do not want to do the project for the community but rather with the community,” says Júlia Adorjáni, another one of the process managers.

“This meant mutual learning, and an understanding of how we can develop and customise social interventions to be more inclusive, more egalitarian, more humane.”

Community involvement was not mere tokenism. It meant listening to its needs, and working with the community and local authorities as equal partners to find and deliver solutions.

“The core question has never been what needs to be done, but rather how an inclusive process can be developed,” says Júlia.

“One in which all (men, women and children) can find their place and role – this being the core prerequisite of desired and sustainable change.

“It was a challenge to work with vulnerable, marginalised communities – with a long, traumatic history of being segregated - generating inclusive processes, healing relationships that are almost lost between majority and minority communities.”

“It was our common vision not to work only with community leaders, but to actively listen to the voices of everybody, the women, the children, their different needs.

“This was carried out by teams and fieldwork, understanding the lives, needs, prospects and hopes of people in Pata Rât.

“The Pata-Cluj project is first of all a pilot and a learning process which does not intend to take over the role and responsibilities of the local public administration,” adds project manager, Gabriella Tonk.

The project sought to empower Roma to take back control of their lives, their education and employment and their dealings with local authorities.

“We started this learning collaboration with Pata Rât people by setting up management and fieldwork teams in which they also took part,” explains Júlia.

“We tried to generate resources for the communities. As a result each community had their own slice of budget, the use of which they could decide on.

It also recognised the need to pay particular attention to those who suffered most: women and children.

And it has delivered on its promises:

For the 35 families who benefitted from a social apartment, the project teams expects lasting change as the cycle of intergenerational poverty and marginalisation is broken.

Underlining the impact the project is likely to have, Júlia says: “Every child needed a safe, non-toxic space, a table to do their homework on, and decent housing conditions.”

It has also helped change mindsets. The people from Pata Rât have grown in confidence that further positive changes will occur in the future. They are also more willing to feed into these changes.

Gabriella underlines the project’s success: “The city hall is open to continue the project. Plans exist to invest from local funds for the continuation of the Pata-Cluj initiative.”

Not only that, the dump has since closed.

If you want to know more, follow the session on 26 September.

And in November, FRA will also release findings from its work on local engagement for Roma inclusion. Check out the videos and preliminary information online.