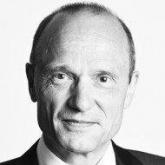 The right to a future

Can one million refugees change the European outlook on human rights? Is that all it would take to turn around what has been built up over 64 years in the European Union? We still do not know how the current refugee crisis will pan out, but the outcome will be decisive for the refugees, for their future, but also for the future of Europe and the EU.

The European Union was created in 1952 to ensure peace and stability in order to leave the times of wars behind us. It has been successful in building strong economic and cultural interactions between the now 28 Member States and more than 500 million people. It has managed to integrate and create prosperous societies in the former communist countries in Eastern and Central Europe. The European Union has torn down the borders between its members, where only 30 years ago barbwire often separated countries. It has managed for more than 60 years to ensure a future for its citizens. In recognition of all of this, the European Union was awarded the Nobel Peace Prize in 2012.

In its entire legal set up and structures, the EU builds on vertical and horizontal dimensions of trust as a precondition for solidarity and as a condition for inclusion and integration: trust between communities and states, trust in institutions and most importantly trust between people. Trust between states is created with a strong legal and institutional framework that is respected by the players. The more EU integration has progressed, the more human rights have become part of the treaty basis of the Union. It started with the Treaty of Maastricht in 1992 and has for the time being culminated in the Lisbon Treaty and the Charter of Fundamental Rights becoming legally binding in 2009. A country that respects the rights of its citizens is a state of high stability and is recognised for playing by the book. That creates trust and a basis for cooperation.

It should also be mentioned that the EU has for the last 20 years been highly proactive on anti-discrimination measures: legislatively, institutionally and otherwise. Integrating 28 Member States and many more minorities, requires a high level of inclusion and respect. Anti-discrimination measures are essential for building trust between people. Finally, the EU created the EU Agency for Fundamental Rights in 2007 to oversee and advise on all this in a novel way by using strong evidence about the situation on the ground.

The question now is if what has been built up for over 60 years can be eroded by the current refugee flow to Europe. By people who are only looking for a place to exercise their right to a future. Three elements stand out in this regard:

First, the explicit Islamophobic reasoning used by heads of states from several Member States for not wanting to receive refugees challenges a human rights cornerstone and a pre-condition for an inclusive society. The Islamophobic language plays into a general fear developing across Europe. It plays with well-known fire along ethnic and religious dividing lines. A de facto attack on the anti-discrimination principles and freedom of religion is an attack on the core values of the Union as established in article 2 of the Treaty of European Union. Are European countries moving away from the anti-discrimination policies knowing well how that erodes trust between people, between people and authorities and between states?

The second challenge relates to the lack of solidarity finding common solutions to a human rights problem. The EU has witnessed countries unilaterally rolling out barbwire and introducing procedures that are far removed from the rule of law. If these were standalone features they could maybe have been ignored; however, some countries in Europe have regressed when it comes to rule of law standards. The pressure on these countries has weakened because all attention has been on solving the refugee crisis. The EU cannot function properly if Member States do not have a high level of solidarity and a strong commitment to the rule of law and human rights. Its citizens will be vulnerable under a weaker rule of law regime.

Finally, the last element is to what extent the EU can turn a blind eye to a situation where so-called safe third countries knowingly return refugees to their home country against their will. Being very committed to human rights standards, it will be rather difficult for the institutions to take part in the implementation of these and other arrangements in violation of human rights. This would turn the institutions from trustworthy into untrustworthy actors in the field of human rights.

So there is a real risk that we will witness a major human rights setback with serious repercussions for the years to come. But to end on a more hopeful note: Europe has been in crisis before and this is still a young crisis. Some positive steps have been achieved. We see increased support from neighbouring countries to refugee-producing countries; a relocation arrangement within the EU that has been needed for years; and the first steps in a European resettlement programme has been taken. We have seen a civic Europe in full blossom from Greece to northern Sweden in support of the refugees. And finally, Europe has a strong institutional landscape in place to address the deeper underlying challenges. The Fundamental Rights Forum will be a unique opportunity to gather people with a human rights vision for Europe to find ways forward.

So added all up, I would say that I am moderately hopeful and believe that very many will do their utmost to live up to the respect the EU was shown when awarded the Nobel Peace Prize to ensure that people fleeing also have a right to a future.

Morten Kjaerum is Adjunct Professor and Director of the Raoul Wallenberg Institute for Human Rights and Humanitarian Law, Sweden. He will give one of the connect.reflect.act Talks during the Forum.