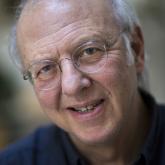 The Question of Belonging

I am, by profession, an academic. But I am conscious of the fact that the issues facing this Fundamental Rights Forum (FRF) are far from being merely academic. They concern me partly on account of my family history as a European Jew and partly because they are so pressing. For the latter reason, they concern us all.

The Europe we live in is shrinking. It is an arena where people with different — and evolving — cultural identities bump up against each other every day. Once upon a time it was easier to say that east is east and west is west. But now the two rub shoulders in the streets of countless European cities. Cultures can no longer be placed (if ever they could be) by the four points of the compass.

This state of affairs gives rise to the question coined by the late cultural theorist Stuart Hall: "How can people live together in difference?" In other words, how can we, in all our diversity, share a Europe that is shrinking? This question — the question of belonging — is raised by at least two of the three themes of the FRF: refugee protection and inclusion. It is the definitive political question for Europe in today's world. And the best answer, I believe, lies in the premise on which the FRF is based: a ‘Europe of values’: a Europe committed to fundamental rights.

For the myriads of people fleeing to Europe from wars in the Middle East and elsewhere, the question of belonging arises at two different levels, the second deeper than the first.

The question presents itself initially as a matter of legal status. Refugees seek a stamp from an immigration official that enables them to cross the threshold, plus a modicum of support that allows them to resume the semblance of a normal human life. Having never been in their shoes, I do not know at first-hand the desperation and anxiety they must feel. But I am acquainted with it via my grandparents, all of whom emigrated to Britain from Eastern Europe in the early years of the last century, three of them fleeing the Tsar. In the Russian empire that straddled the nineteenth and twentieth centuries, legal restrictions (not to mention pogroms) made life intolerable for Jews. We are accustomed to making a distinction between 'economic migrant' and 'asylum seeker', but for my grandparents this was a distinction without a difference. The same is true for the vast majority of refugees who are knocking on Europe's doors today. Pushed out of their countries by the grimness of war, they approach the borders of Europe with hope, a hope that appears to be justified by Europe's own human rights documents. As the FRF brochure says, the EU has "its very own bill of rights", the Charter of Fundamental Rights. Article 1, like a beacon of light in the night, boldly proclaims: "Human dignity is inviolable. It must be respected and protected". So, when refugees are turned away, when they are treated with contempt or neglect, not only are their justifiable hopes dashed to the ground but Europe is contradicting itself.

For those (like my grandparents) who gain admission, the question of belonging arises at a deeper level — if not for them then for their children or grandchildren. This second level of belonging is more substantial than the possession of a passport or even an entry on the electoral roll. These are preconditions but they are not the real thing. It is difficult to sum up the real thing. Call it 'being at home'.

There is an old idea of home that used to hold sway. It divides the pie of planet earth into a plethora of fatherlands and motherlands, so that Germany was the 'true home' for 'true Germans' (ethnically defined), Russia the 'true home' for 'true Russians', and so on. This ethnic principle laid the basis for the political exclusion (and ultimately persecution) of my ancestors, as Jews, from the lands in which they lived. It is the antithesis of the principle of belonging signified by the phrase a ‘Europe of values’.

Then how does this Europe, our Europe, the Europe whose future we want to shape and share, a Europe committed to fundamental rights as its ‘foundational value’ (to quote from Michael O'Flaherty's letter of invitation to the Forum) answer the question of belonging? This is the topic that I take with me into the FRF and which I intend to address on the second day, the day focused on ‘empowering rights holders’. For the time being, here is the gist of my response.

The modern human rights movement is best understood as a reaction against acts that excluded certain groups from the circle of humanity: "barbarous acts which have outraged the conscience of mankind", to quote the Preamble to the Universal Declaration of Human Rights (UDHR). The thrust of fundamental rights is to be the opposite: inclusive. Hence the phrase "all members of the human family" in the opening sentence of the Preamble. And although it is true that a fundamental right is a claim that every individual is entitled to make, the engine driving the movement is not entitlement but inclusiveness. Ultimately, this implies that mutual respect lies at the heart of fundamental rights: respect for one another as fellow human beings who, in all our diversity, have an equal share of ‘inviolable’ dignity. In short, the concept of fundamental rights should always be interpreted in the light of the principle of respect. You could almost say that respect puts the R in the UDHR; likewise in the ECHR (European Convention on Human Rights).

This mutual respect implies, in turn, a shared burden of responsibility for society. I shall need to elaborate, but it boils down to this: we belong to Europe insofar as Europe belongs to us — in all our diversity. Home is where the Other is. But these ruminations are barely the beginnings of an answer to the question.

Dr Brian Klug is a Senior Research Fellow in Philosophy, St Benet's Hall, University of Oxford, and a keynote speaker at the Forum.