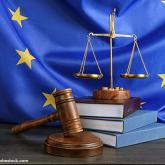 One bill of rights for every Member State – let’s make it count!

“Fundamental rights, democracy and the rule of law are the three pillars that are the bedrock of the European Union.

“The EU institutions are bound by it and so are the Member States when implementing EU law.”

Yet looking across EU Member States, the EU’s Charter of Fundamental Rights could do better, much better.

Each year, FRA examines how Member States are using the Charter.

Its latest report indicates no significant improvement in the use of the Charter by the judiciary or in legislative processes. National courts, parliaments and governments rarely refer to the Charter. And when they do, it is often superficial.

It paints a picture of missed opportunities. A Charter full of potential but underused and underappreciated.

This could be because it is relatively new compared to other human rights documents and awareness is low, says Gabriel Toggenburg, FRA’s senior legal advisor.

“The Council of Europe’s European Convention of Human Rights just had its 65 anniversary whereas the EU’s Charter is not even a decade in force.

“Any human rights document that is new needs a long period till people are aware of it. On both sides of the story.

“The legal practitioners, the judges, the lawyers, those who offer protection but then also those that have the demand to be protected, the people on the street.”

However, there is also a structural problem with the Charter.

“The Charter is a document which is easy to read but difficult to understand,” adds Gabriel.

“It is drafted in a language that is clear. It is catchy, it is short and snappy.

“But it is totally difficult to understand where you can actually invoke the Charter. This can lead to confusion but also to disappointed hopes and frustration.”

Legal practitioners often ask him when it applies or what it really adds compared to other human rights documents. To help FRA is finalising a handbook that will provide practical guidance on how to apply the Charter.

For Gabriel, the Charter’s benefits are clear.

When new EU laws do not take the Charter into account, it may store up trouble for later. He gives the example of the EU Data Retention Directive which was struck down by the European Court of Justice.

“Then there will be a series of constitutional courts that have to intervene,” he explains.

“It’s a long process of cleaning up the mess.

“Therefore, it is important that at the beginning of the legislative process, be at the EU or national level, that the Charter is looked at.”

“There are provisions in the Charter that are far more explicit on entitlements than what we would normally find in national constitutional law.” It can, and should, remind decision makers of these entitlements when drafting policies.

Here he gave the examples of rights of the elderly and children, data protection, the right to good administration and to a fair trial.

And the Charter can make a difference in national courts.

For instance, a UK court referred to the Charter when finding that all children have the right to have regular direct contact with their parents.

This prevented the deportation of a Nigerian national who had been continuously resident in the UK for 25 years and whose two daughters were both British citizens.

So how could the Charter’s impact be improved nationally?

Education and training about the Charter for legal practitioners would be Gabriel’s top priority.

This would already apply to law students at university as well as in their professional training in later years as lawyers or judges.

“There also needs to be a change of awareness among Member States that actually under the Charter there is an obligation to not only respect the Charter rights but also to proactively promote their application and implementation,” continues Gabriel.

He looked across the Member States for policies promoting the Charter. And contrary to expectations he couldn’t find much. “That discrepancy can only be explained by a lack of awareness,” he adds.

Another dimension that would help is automatic screening policies and bills against the Charter. If Member States do not systematically check whether the Charter applies, there is the risk that the Charter is overlooked.

And this is especially important in our current times.

As Věra Jourová, the EU’s Justice Commissioner, acknowledges the EU is facing many threats. Last year alone, the rule of law, judicial independence and civil society were all challenged in some parts of our Union.

Nonetheless, “we will continue to work relentlessly to uphold fundamental rights, the rule of law and our democratic values in our Union,” she says.

On 26 September during the Forum, FRA will explore with participants how to better promote the Charter nationally.

A FRA Opinion on the challenges and opportunities for implementing the Charter nationally will be published on 1 October.