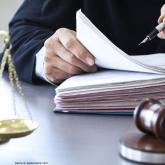 Justice (or a travesty thereof)?

What kind of society do we want? Do we want a society where judges are selected, and act to please their political masters and to eliminate political opponents? Or do we prefer a society where checks and balances work and where each power of the state respects the independence of the other?

Many of us are from a generation that has been used to certain basic rights. We take it for granted that there are independent courts, democratically elected Parliaments and governments who pursue genuine public policies to improve society and communities as a whole. We are used to thinking in these terms.

The fundamental human rights of a ‘fair trial’ by an ‘independent and impartial tribunal established by law’ are enshrined in the European Convention on Human Rights, in the EU’s Charter of Fundamental Rights, and in many national and international legal texts.

These human rights have allowed us all to enjoy relative unity, peace and harmony, and to grow together as a continent for the past 70 years.

While the situation varies greatly across Europe, by and large the majority of Europeans still trust the judicial institutions. This is good news.

As we come to take these basic rights for granted, however, clouds – and even dark clouds - are gathering on the horizon.

Following the logic of the ‘winner takes it all’, governing majorities in some countries have been active – at times very active – to fundamentally change the rules of the game.

The decision about who should be a judge and what careers they will have, depends on the government of the day instead of on an independent, impartial, transparent, merit-based process.

The justice system is no longer independent and impartial, but depends on the will, and favour, of a particular political side (whatever it may be).

When this happens, we are no longer equal before the law. With that a fundamental ingredient of the rule of law has been eliminated. The legitimate fight against corruption will be used as an excuse ‘to throw away the baby with the bathwater’. It will dramatically weaken the judicial independence that we have taken for granted in the past 70 years. It will be simply swept away.

This will result in a judicial system ‘à la carte’ whose menu will be changed as the political ‘chef’ of the day changes.

We cannot and must not remain indifferent to this ‘illiberal’ drift.

Countries making these choices will be met with a united alliance of those who share values and who are determined to use whatever legal and diplomatic process it takes to protect those values. This is in the interest of ‘everyone within the jurisdiction’ of the Council of Europe’s 47 member States and of the integrity of our institutions.

The Council of Europe’s reply to our opening question is thus clear - we prefer, we believe in, and we work for societies where checks and balances are effective and where each power of the state respects the independence of the other.

If you do too, it is time to act because those are the legal principles and values that enable us to continue living together in unity and peace, irrespective of our legitimate political divergences.

To learn more about independence of the judiciary and corruption, join the Forum session on 25 September.