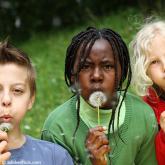 Having faith in migrant integration

If integration is a two-way street most of the traffic seems to be one-way, as Europeans think mainly about the impact on their own community.

Spare a thought for how alien Europe’s secular ways can appear to migrants arriving from their more traditional societies.

That’s where faith-based organisations can come in and help.

“They play a constructive, crucial role in the initial phase of settlement,” says Mohammed. “Religious organisations can act as a facilitator.

“They are a place where [migrants] can seek assistance, advice, shelter and an answer for their faith or spiritual needs.”

In doing so, they provide a compass to newly-arrived migrants to help them get their bearings and orientate themselves.

“They are not just global or international but very much local, so they have a completely different outreach.

“Irrespective of their religious or non-religious background, [migrants] have some kind of trust in faith-based organisations.”

But integration is something that cannot be done alone. It requires collaboration with other faith-based organisations, local authorities and communities and other migrant organisations.

"I am convinced that responsibility for promoting and defending human dignity and rights needs to be shared by all parts of the community," says Mairead McGuinness, the European Parliament First Vice President.

"Religious communities have long played a crucial role in this important work, from helping to welcome and integrate migrants, to caring for the most marginalised in society.”

For example, in Vienna, KAICIID has been working with local officials to create mutual understanding of the needs of migrant and local communities.

By working together this helps raise awareness of the complexities and challenges of integration. It also smoothes the way and minimises potential problems.

The importance of this was underlined by Ján Figeľ, the EU’s Special Envoy for Promotion of Freedom of Religion or Belief.

“In today´s world, we need more than before to learn actively how to live together in diversity.

“We should never disrespect others or neglect justice for all. As we know, injustice anywhere is a threat to justice everywhere. Working together for human dignity is a must if we want to live in better century, in better world.”

Caritas also works very closely with local authorities, which in Sweden have a lot autonomy.

“The real action takes place as the local level,” explains George, “so collaboration is vital, particularly when it comes to the reception of migrants.”

KAICIID also works with women facilitators in Vienna. They act as local references points to help migrants adjust to Austrian society by providing access to local and national resources. Many have now benefitted.

Caritas has created ‘places of encounter’ where migrants can simply come as they are, no strings attached. Initially they come looking for help but then they stay to help.

They call it a home from home, their second home, says George.

“They can talk, they can help and can also say what are their hopes and dreams. It also creates a link with the local community.”

Take the practical example of finding work. Although employment agencies exist to help people find work, many jobs are found through personal contacts and local networks.

This is where such ‘places of encounter’ can really help. It’s where contacts are made.

Says George: “It is a driving force in them. [Migrants] want to find a way to support their families or themselves.

“It also gives them a feeling of being part of a society as a human being. A sense of belonging.”

How religious organisations are helping to improve reception conditions for migrants is being explored at the Forum on 26 and 27 September.

Ján Figeľ will be speaking at the Forum on building a culture of freedom of religion or belief for all on 25 September.