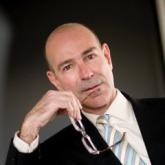 A global solution to a global refugee crisis

The UN’s Refugee Convention is increasingly marginal to the way in which refugee protection happens around the world. I believe that this is a bad thing—both for refugees and for states.

When introducing the draft of the Refugee Convention some 65 years ago, the UN’s first Secretary General explained that “[t]his phase... will be characterized by the fact that the refugees will lead an independent life in the countries which have given them shelter. With the exception of the ‘hard core’ cases, the refugees will no longer be maintained by an international organization as they are at present. They will be integrated in the economic system of the countries of asylum and will themselves provide for their own needs and for those of their families.”

Most refugees today do not enjoy the freedom of movement to which they are entitled under international law. In an especially cruel irony, the UN’s refugee agency—the United Nations High Commissioner for Refugees (UNHCR)—runs more refugee camps than anyone else. Not only is this response unlawful, it is absurdly counter-productive. Refugees become burdens on their hosts and the international community, and they are debilitated in ways that often make it difficult for them ever to return home, integrate locally or resettle. The risk of violence in refugee camps is also endemic—with women and children especially vulnerable to the anger that too often arises from being caged up.