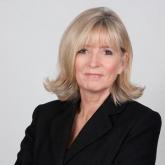 Fundamental rights in the European Union

The EU has put human rights, the rule of law and democracy to the forefront of the European project. These values are enshrined in EU treaties and are promoted abroad in EU foreign and trade policies. We have a Charter of Fundamental Rights; a Special Representative for Human Rights; and our own rights watchdog, the Fundamental Rights Agency.

EU politicians have been rightly proud of this heritage. And, until quite recently, it was possible to refer to it without thinking too closely about what fundamental rights mean. Or what happens when they are challenged within the EU itself. Those days of intellectual complacency are now over.

The rise of populism, growing anti EU sentiment; terror that moved from far away right into our own cities; the drowning of migrant children is challenging our human rights foundations, and our commitment to human rights, as never before.

Pushed by events, the daily political choices being made by Angela Merkel, by David Cameron, by Francois Hollande, by Donald Tusk, and others, are the real stuff of what it means to live and act in an EU with more laminated human rights treaties, charters and covenants on the walls of its public spaces than, arguably, anywhere else on earth.

And by real stuff, I mean the messy compromises that are the result of trying to balance all these challenges. Our rights may be written in black and white but they are enacted in grey. Take the situation at Calais where many people have been living in miserable conditions. While one politician notes that these numbers of people could easily be absorbed in Europe; another notes that any such gestures are quickly picked up on smartphones in Syria and even more people start to move.

Or take the EU-Turkey deal. Earlier this year the EU and Turkey reached an agreement under which Turkey is to take steps to help ease the flow of asylum seekers into Europe. In return, the EU is committing €6bn towards Turkey's costs of looking after the almost 3 million Syrian refugees on its soil. In addition, there is a commitment to help revitalise Turkey's accession process. The hope is that it will reduce the flow of migrants coming into the EU.

The Treaty on European Union requires the EU to promote its values, including human rights, in its relations with the wider world. Yet it appears the EU did not insist, to any great extent, on any human rights commitment from Turkey. And such compromises tend to have a ripple effect; becoming entangled in other discussions linked to issues of fundamental rights. This is what we saw with the recent debate on freedom of speech in Germany.

So where does the European Ombudsman fit into this overall picture? To explain my approach, we need to look beyond the clear cut and obvious human rights issues around migration. It is, unfortunately, easy to see and understand poverty, war, terror and death. But what is less easy to see are the sometimes obscure ways in which hundreds of political decisions and administrative actions - unconnected to war or peace - contribute to breaches of human rights.

Since starting as European Ombudsman in 2013, I have increasingly seen that the line between the complaints that I receive and the big ticket human rights issues is a lot more direct than one would initially imagine.

Two of the first investigations I started concerned matters of critical public interest; the safety of medicines authorised in the European Union and the negotiations between the EU and the US on TTIP, the Transatlantic Trade and Investment Partnership deal.

The first investigation was ongoing when I took up office, prompted by a number of transparency requests, one from an Irish man whose adult son had taken his own life while taking the drug roaccutane for a skin problem. The father had been denied access to clinical trial test results by the European Medicines Agency.

As a result of the work of my predecessor, and the work continued by me with the support of the Parliament, the Agency eventually transformed its entire transparency policy.

The strategic investigation into TTIP was prompted in part by widespread concern that civil society had effectively been denied a full voice in the dialogue around this critical trade agreement because it lacked the necessary access to documents. The Commission has since adopted a much more proactive policy on document publication.

Some of my investigations also concern more familiar human rights territory. In May 2015, I made recommendations to Frontex, the EU borders agency, on how to ensure respect for the fundamental rights of migrants who are subject to forced returns from the EU to their countries of origin. Between 2006 and 2015, it coordinated 267 joint return flights, returning more than 13,000 people. Frontex accepted my recommendations to, improve the travel arrangements for pregnant women and for families with children, for example. In December 2015, the European Commission, in a draft Regulation to re-vamp Frontex, proposed that the agency should have its own mechanism to deal with complaints from individuals subject to forced return. I had recommended this in an earlier inquiry to Frontex, a proposal which was then backed in a resolution by the European Parliament. I also recently started an initiative, along with my national ombudsman colleagues, to look into how money in the EU's Asylum, Migration and Integration Fund is being spent in Member States. I plan to help ensure that the results of the various national inquiries are collated and published together.

In short, I see it as part of my job to continue to insist that the EU, through its institutions, acts in a way which respects the human rights commitments which the EU, and its individual Member States, has freely agreed to be bound by.

Emily O'Reilly is the European Ombudsman and will be speaking during the panel debate on empowering rights holders.