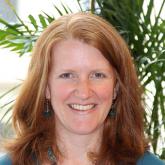 Two weeks ago, a 24-year old woman gave birth to a baby girl in a tent in the middle of a squalid camp, where more than 11,500 people live, many of them families with small children as well as pregnant women. To the increasing shame of a growing segment of the population, as well as policy makers, this scene took place in the European Union.

Idomeni, Greece, is now the EU’s southern equivalent of Calais, France, where migrants languish in dehumanising conditions due to the inability to move further within the EU.

Aid organisations such as Doctors of the World have stepped in to fill the gaps in both places due to states’ inaction to provide migrants with health care, including maternal care. But, for migrants in an irregular situation, lack of access to healthcare is not only a reality in such camps; it is a phenomenon throughout the EU.

Michele LeVoy is the Director of the Platform for International Cooperation on Undocumented Migrants (PICUM).