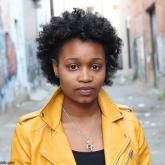 Black lives matter to Europe too

In today’s Europe, being black far too often equates to being discriminated against or harassed in your daily life.

Activities, most of us take for granted, like employment, schooling, housing or just going out are a potential source of angst. Across the EU, 39% of black people had been discriminated against in the past five years. In some countries it was as high as 69%.

These were just of the findings from FRA’s second minorities and discrimination survey. It surveyed 25,500 people with an immigrant or ethnic minority background in all 28 countries of the EU.

More detailed findings looking specifically at sub-Saharan Africans will be released on 28 November. But one thing is clear, little has changed since FRA’s carried out its first such survey in 2008.

And these prophetic words apply equally to Europe.

Michael McEachrane, representing the European Network of People of African Descent (ENPAD) at the Fundamental Rights Forum 2018, speaks of the two faces of Europe.

On one side, there are Europe’s founding values of human dignity, freedom, equality and solidarity. But on the other, he reminds us of its “history and legacy of nationalism, racism, genocide, enslavement, colonialism.”

“Europe can now retreat into nationalism and racism or rise to the occasion and see the increased diversity as an opportunity to deepen its commitment to dignity, equality and solidarity.” To him, the choice should be obvious.

To Cécile Kyenge MEP, it is equally obvious: “Nobody can deny their origins. I cannot deny that part of me has met another culture. And this is the wealth of a person.

“I am Italian and represent the values of Italy, of present Italy but also of Italy of the future, which is not afraid of contaminating itself with other cultures.”

She will join ENPAD, the UN’s Human Rights Office and Opal Tometi, Black Lives Matter co-founder, at the Forum to explore the EU and the human rights of people of African descent.

Their session will highlight the challenges black people face when it comes to employment, housing, education, justice and asylum. It will also point to practices like in Botkyrka and Malmö in Sweden which are promoting non-discrimination and equality with ambitious city guidelines and plans.

Ultimately, it aims to come up with solutions that help policy makers in promoting and protecting the rights of Europe’s black people.

To learn more, join the Forum session on 25 September.