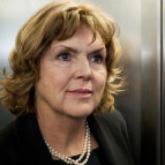 Backlash: The war against human rights

Authoritarian governments are investing huge efforts and resources to close down, silence, restrict and discredit independent civil society, especially those critical of government policies. The strength of the repressive backlash in the last year is a crisis for human rights defenders and a political challenge to democracy around the world. Putin and his fellow autocrats are scared of the capacity of independent civil society to hold the powerful to account. Yet those who proclaim themselves democrats seemingly see human rights as a desirable but unimportant extra to be added on where possible once more important economic and strategic interests are dealt with. This is a serious failure of political and strategic leadership. It is already having a negative impact on our economic and security interests with regard to Russia.

This is a crucial political moment.  We need a more consistent and credible political response from governments active in the defence of democracy and human rights. We must give the same priority and resources to enabling space that autocrats give to closing it down. There must be a renewed and reinvigorated political priority to protect human rights defenders and independent civil society.  This requires more high profile political leadership, a consistent strategy that integrates a serious priority for the protection of human rights defenders across a number of policy areas, and sustained practical support to those under attack on the front line.

Autocratic regimes are increasingly learning from each other and supporting each other to protect their access to power and riches. This has included an ideological attack on human rights and international standards of accountability. Governments which were traditionally strong advocates of international human rights have lost moral authority because of complicity in the war on terror (torture, illegal wars, indiscriminate drone strikes, inhuman treatment of refugees & migrants, racism), because of transparent political selectivity about human rights (eg Azerbaijan, Saudi Arabia, Ethiopia, Rwanda, Colombia) and because economic difficulties brought other governments in supplication before the autocracies. In addition, it seems that the end of the Cold War has undermined for many democrats the ideological necessity of human rights and the growth of transnational terrorism has led to security strategies which undermine human rights.

The weakness of EU Member States is not only evident in their retreat in the face of external autocracy, but also in their unwillingness to address backsliding on human rights within the EU. Amnesty International has stated that: “(t)he Hungarian authorities’ ongoing assault on NGOs has all the hallmarks of a witch-hunt, EU leaders should be extremely alarmed that practices coined in Russia are gaining currency in an EU Member State.[1]”

The UN Special Rapporteur on Freedom of Assembly and Association Maina Kiai reported that Spain’s new Public Security Law which came into force on 1 July 2015, “restricts peaceful assemblies in front of certain government buildings, and limits monitors’ ability to photograph or film police forces, among other things”.[2]

This is not a time for weakness. Long term peace and security, but also economic development requires a consistent focus on the rule of law, governance and anti-corruption efforts. This cannot be achieved without those who speak out for human rights at the local and national level.

Elements of a more serious international political response could include:

- seizing opportunities to place the issue of human rights defenders/civil society space at the forefront of the international policy agenda and engaging political leaders (Foreign Ministers and higher) to give clear priority to the issue, e.g.: getting High Representative Mogherini to place this on the EU Council of Foreign Ministers agenda, or finding public opportunities to gather key decision makers;

-  integrating the protection of human rights defenders into bilateral and multilateral agreements (including EU partnerships) and making use of existing human rights clauses to ensure protection of civil society; making  space for independent civil society an explicit prerequisite for anti-corruption efforts, good governance, effective development, peace-building etc. and ensuring that civil society is included at all appropriate levels of dialogue with the structures of the agreements; the EU must lead the way in insisting on this to ensure leadership on the issue and ensure it has an emergency policy on reprisals;

- ensuring the EU has its own house in order regarding civil society space by taking effective action on the deterioration in media freedoms, in the independence of the judiciary, and space for civil society in Hungary, the criminalisation of peaceful protest in Spain, and the deployment of illegal surveillance and infiltration of civil society groups in the UK;

- analyse negative legislation development and be ready to counteract it with a series of appropriate responses by a different range of institutions (European national parliaments, European Parliament, the European External Action Service and Foreign Ministries, judicial bodies…).

In the EU's Action Plan on Human Rights and Democracy (2015-2019) "Keeping human rights at the heart of the EU agenda", there is a specific chapter on internal/external coherence. It commits the EU to "focus on the most pressing human rights challenges, which must be tackled both internally and externally. These challenges include in particular combating discrimination, the respect for freedom of expression and privacy as well as insuring that human rights are upheld in migration, trade or counter-terrorism policies."  We already see a problem right now when the action "enhance human rights safeguards in all migration and mobility dialogues and co-operation frameworks with third countries" is directly contradicted by the agreement signed with Turkey, for example, which has been condemned by the Council of Europe as "breaking international human rights law"[3] and the Council of Europe’s assembly listed numerous human rights concerns, “from keeping migrants in overcrowded and insanitary detention centres on the Greek islands to inadequate legal protection for people seeking to appeal against rejection of an asylum claim".

Due to the current political situation in Europe, it is becoming more and more difficult to obtain visas for non-EU human rights defenders, even though the Action Plan specifically mentions the EU will "Promote and support legislation, policies and mechanisms designed to protect [human rights defenders]; in particular, strengthen the implementation of the relevant EU Guidelines and the EU [human rights defenders] Mechanism launched under the [European Instrument for Democracy and Human Rights." (which comprises a relocation platform that is supposed to facilitate the access of defenders to relocation schemes in the EU).

The people who will play the most effective role in countering the new authoritarianism will be human rights defenders and civil society working at the local and national level. It is crucial that the EU ensures that there is no retreat from respect for freedom of expression and association, and the right to defend human rights, either internally or externally.

Mary Lawlor is the Founder and Director of Frontline defenders and will give one of the connect.reflect.act talks during the Forum.