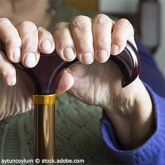 “[A]lthough the Universal Declaration on Human Rights proclaims that all human beings are born free and equal, it is evident that the enjoyment of all human rights diminishes with age, owing to the negative notion that older persons are somehow less productive, less valuable to society and a burden to the economy and to younger generations.” This was a view contained in a 2017 report from the working session of the UN Open-ended Working Group on Ageing.

Age equality is a general principle of EU law. Age counts among the non-discrimination grounds that the EU is equipped and mandated to fight based on its treaties. However, it is also the only form of inequality that is widely accepted as normal, legitimate and justifiable, and age categorisations are largely seen as useful or even necessary.

Whereas it is unthinkable in western societies today to deprive women of their fundamental right to work, we still force people to retire once they hit a certain age. We also have laws that set age limits and exclude older people from accessing credit and insurance, regardless of their income or state of health.

As a result, they cannot travel, rent a car, volunteer, participate in training, adapt their houses or access health treatment. In some countries if you develop a disabling condition before the age of 60 or 65 you have access to a relatively good support system, but beyond that age you may not have access to rehabilitation, to a mobility allowance, or care outside a nursing home.

National laws and courts in their majority fail systematically to challenge the detrimental treatment of older people. Instead they consider such age-based restrictions to be ‘objectively justified’.

There is something fundamentally flawed with those assumptions that consider the discrimination and exclusion of older people as more acceptable than discrimination and exclusion of people with disabilities, women, and migrants. Some of these distinctions do not even make sense; like age limits for volunteering or job retraining, which persist. While at the same time we install policies aiming to extend working lives and promote active ageing.

The recent report of the Fundamental Rights Agency on the fundamental rights of older people highlighted that:

In contrast with other forms of discrimination, such as racism or sexism, it (i.e. ageism) often tends to be ‘normalised’, with age stereotypes accepted and going unchallenged. It is not uncommon that age in itself is a valid justification for differential treatment, setting age limits, or excluding people from treatments or services – all undermining older people’s right “to lead a life of dignity and independence and to participate in social and cultural life”, as enshrined in Article 25 of the EU Charter of Fundamental Rights.

As long as age-based restrictions remain unchallenged they affect not only the large and constantly growing older population, who as the UN Independent Expert on the rights of older persons said, are ‘waiting for their human rights to become a reality’, but they impede every one of us to equally enjoy our fundamental rights as we move into the later stages of our lives. In fact, the OECD states that young generations face greater risks of inequality in old age due to growing inequalities in education, health, employment and earnings.

It is not so long ago that distinctions on the basis of one’s sex were also considered as ‘objectively justified’. In 1961 the Italian Constitutional Court considered female adultery more serious than that of men and therefore approved the differential treatment of men and women on this matter. Until the 1970s Irish women had to give up their jobs in civil service once they got married. And for too long gender-based violence across the world was seen as a normal part of gender relations, instead of as a human rights violation.

But fortunately gradually, our societies have become more conscious of how such laws, policies and practices harm women. They recognised that gender stereotypes are so embedded in the unconscious that they are perpetuated by communities and state institutions. Importantly, EU and international law have been instrumental in challenging prejudices based on gender and breaking down the barriers to the equal participation of women in society.

The 2018 Fundamental Rights Forum will offer an opportunity to explore the untapped potential of the EU framework to tackle the injustice and prejudices based on age. A session dedicated on ageism will call on human rights professionals from different fields to reflect on how they can integrate the fight against ageism in their work. And since ageism cuts across the age spectrum, the session will discuss ageism as it is experienced both by old and young people.

The momentum is particularly favourable for this exchange. Global attention on age equality is increasing as the UN is reflecting on the adoption of a new international treaty. The World Health Organisation has also launched a large campaign against ageism.

All these are great opportunities to continue the debate, but also examples of concrete measures that can address age prejudices from their root cause. Participants will have the opportunity to learn about these ongoing initiatives and discuss how they can be involved.

For more information about structural ageism in old age, read this paper by AGE Platform Europe. To learn more about the session on ageism in the frame of the Fundamental Rights Forum, please contact Nena Georgantzi, Human Rights Officer, AGE Platform Europe : nena.georgantzi@age-platform.eu